This weekend we had nature encounters with birds beetles and snakes.

First the birds…These guys are simply amazing. We have two feeders on our deck and for the past two weeks we have been refilling them every day. They seem to go through phases of just a few birds to a group event of 10-12 birds fighting over the feeders. Its early for them to be stoking up for their fall migration so they must just be thirsty! Its a short video (about 3.5 minutes) so be sure to watch the slow-mo segments at the end. The slow motion effect down shifts the audio spectrum of their chirps and other nearby bird calls.

Next meet Prionus Longhorn – the longhorn beetle. Sam was playing with this guy in the driveway when I came to its rescue. I saved him in box to show Janie (she screamed) and then had him pose for glamor shots. He was about 4 inches long (they can grow larger) and was released to the safety of the back yard. 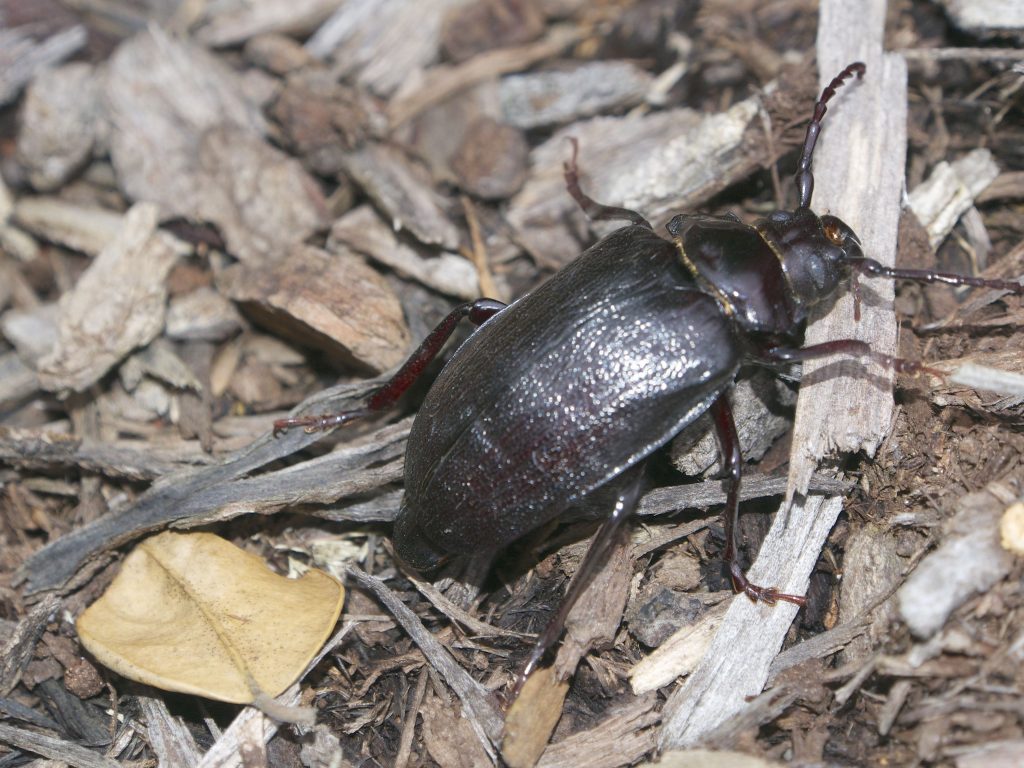 Lastly meet our resident snake. For a couple of years we had a resident garter snake living in our wood pile (Meghan Futrell named him Carlos) so this could be son of Carlos.