Sounds like the punch line to a bad joke but its just the highlights of a summer weekend at Balsam Mountain Preserve.  First the good food – hats off to Melissa and the staff of the Boarding House for a wonderful meal at the seafood buffet Friday night. Other than being stuck at a table with some crazy neighbors, it was a fabulous night. The wine tasting at social our was great fun as well. We also heard several folks comment on the good dining at the Bistro night Saturday. 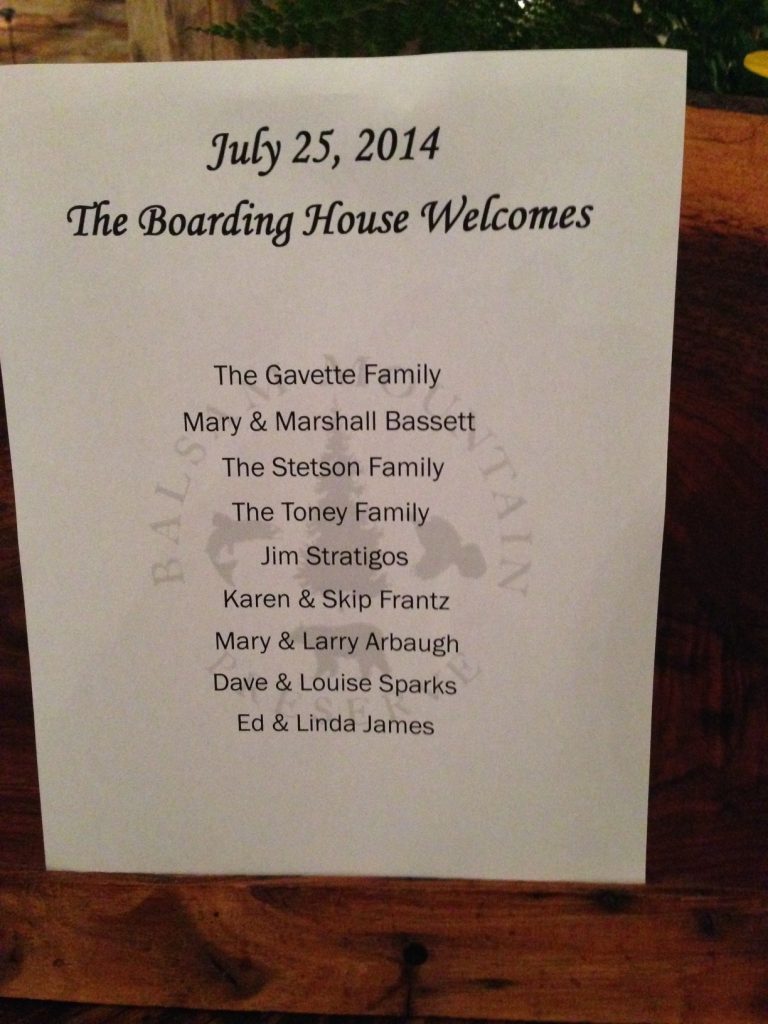 When I drove in Thursday morning the Balsam Mountain four legged greeting party was there to say hello. Must be the same doe we have seen in prior years who likes to hang around the entrance – this time with a very cute new fawn. If you drive slowly they seem to be willing to chat if you roll down the window and say hi. 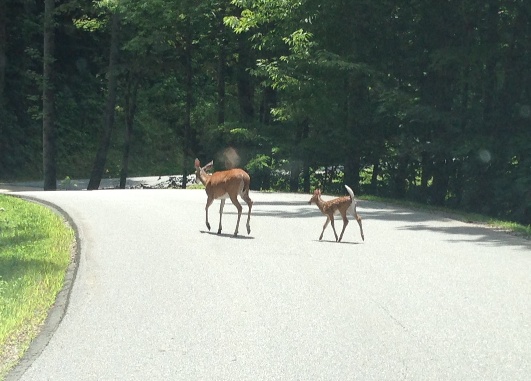 Bugs and reptiles are on the roam this time of year as summer begins to wane into fall. Michael will have to opine on the genus and species of the beetle and moth. At night with windows open and lights in the house the big moth kept hitting the screen before I coaxed it down to pose for a photo. 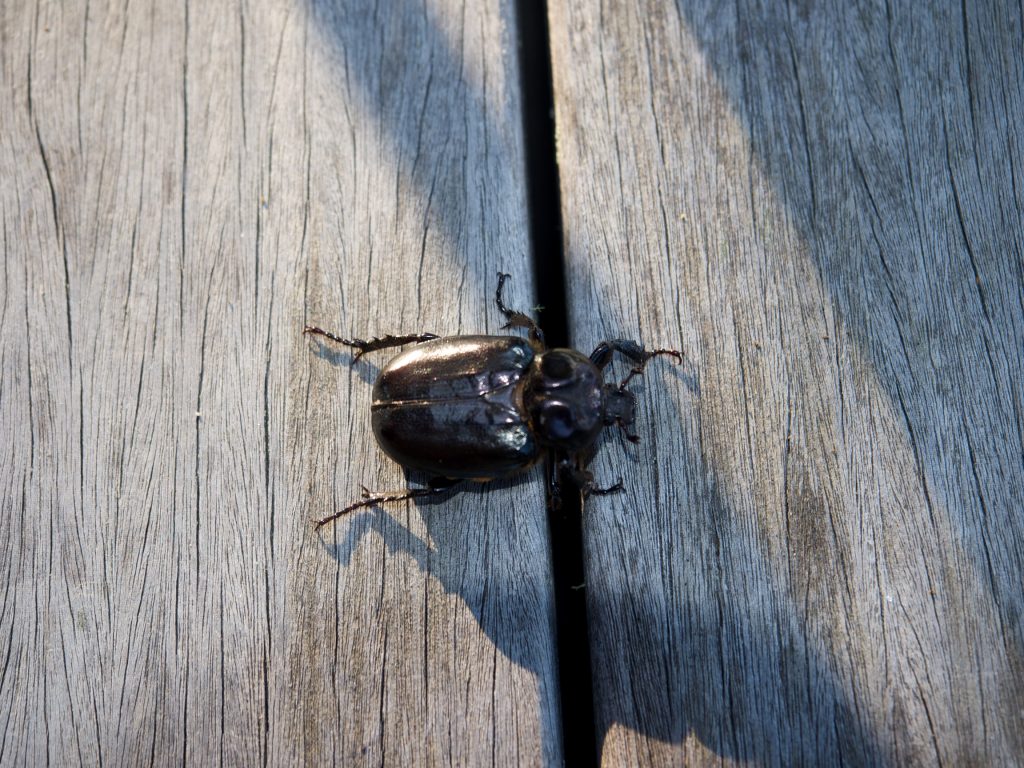 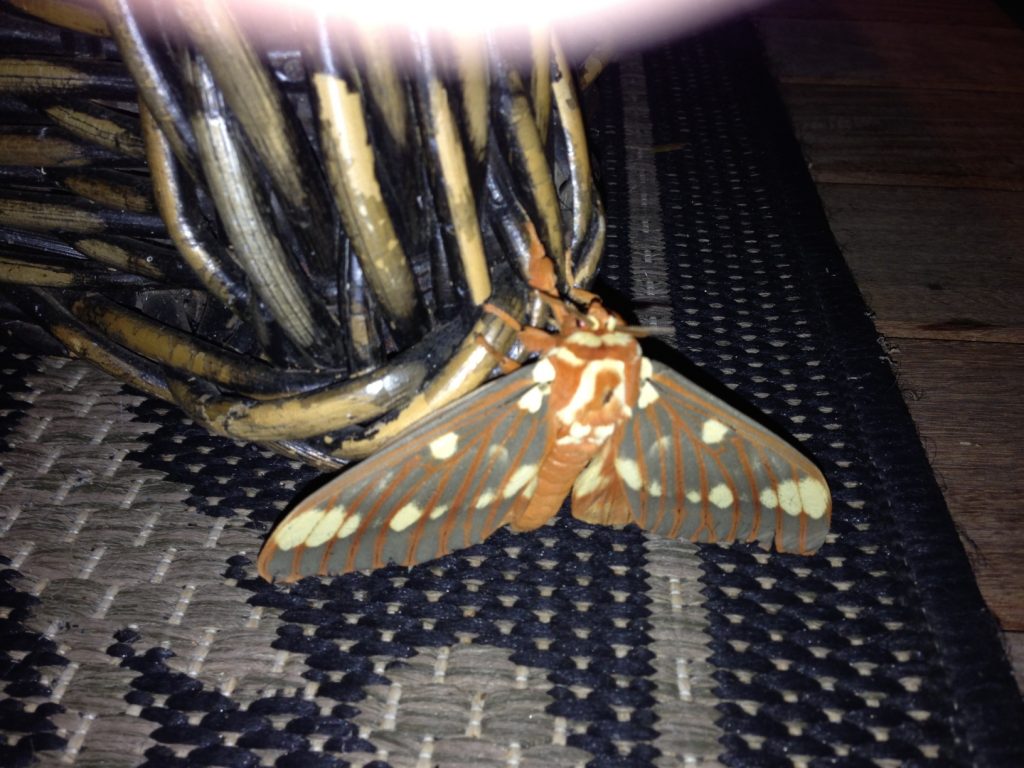 Last and definitely not least we came across a timber rattlesnake snoozing in the middle of East Reach near Lumberjack (close to the sighting of a much bigger relative last year). They can play dead when they sense danger so I did not want to get too close. He did not move an inch as I walked around to get a good view.This is a zoom of a photo taken from about 10 feet away. Guess he was probably about 4 or 5 feet long. He was gone when we drove back a couple hours later. 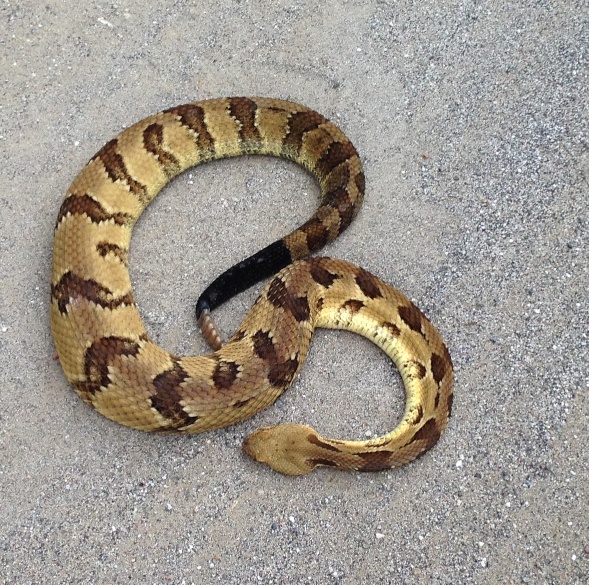 We had one good night this past week for astronomy. Friday night after the buffet I opened the roof and splint a pleasant hour or so visiting Saturn and some of the nice summer constellations (Cygnus, Scorpius and Sagittarius) and the nebula and star clusters that abide in their area.