Well the saga of Ozzie, Harriet, David and Ricky is over with a happy ending. After spending about a week out of the nest and with constant feeding by their parents, David and Ricky have taken wing and off to their own lives. According to Wikipedia they will hang around with Ozzie for a few days while he feeds them seeds and conducts further flight classes (hopefully including instrument landings). The doves have been a constant source of entertainment for the past few weeks and it was exciting and sad to see them learn to fly. At one point today Janie saw Ricky (he was the second hatched) approach the edge of the deck and then back away several times like a diver on a high board afraid to make the plunge. Later in the day Janie was pulling into the garage when David  flew straight down and landed on her rear window as she was pulling in! Ozzie found him quickly and he flew back up to the deck before the whole family took wing and left us. Harriet should be thinking about another brood soon and we will watch with interest if she chooses the same nest. Be safe feathered friends!

Meanwhile there is a robin building a nest on the eaves on the front porch and I need to move the camera!

Below you can see both chicks flexing their wings overnight and David’s unglamorous first flight attempt. David takes off first followed by Ozzie or Harriet with David looking on at his older brother. 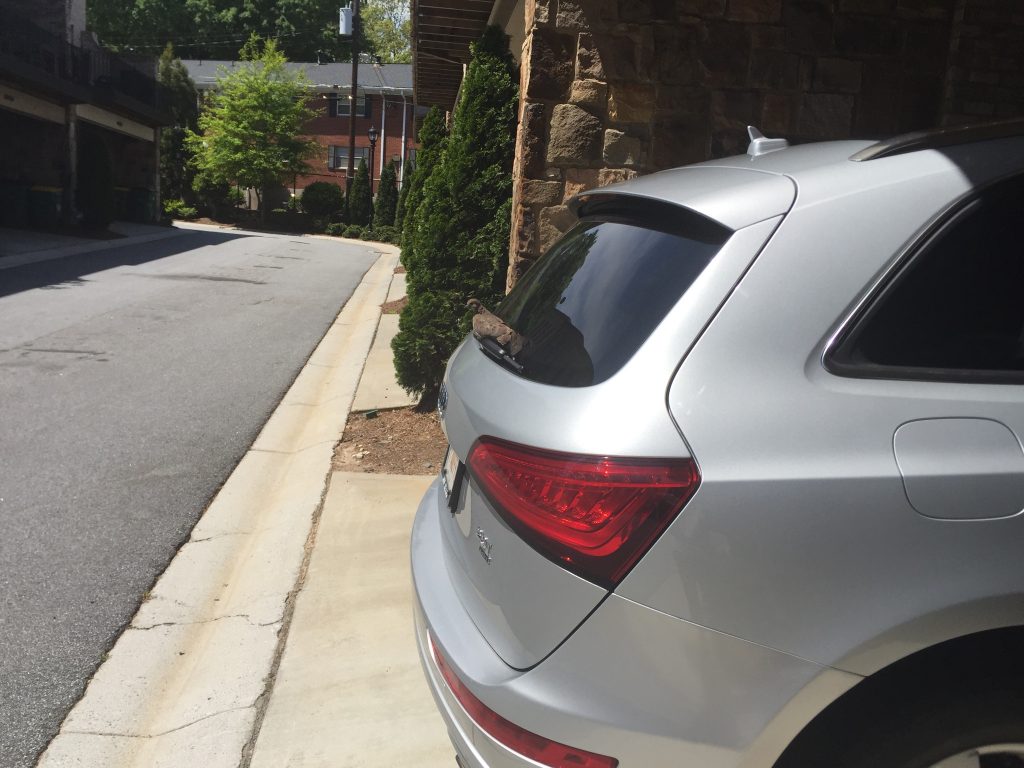