A doe, a fawn, a black bear and a snake went into a bar…..no seriously these all made appearances this week.

First the doe and fawn – these guys have been seen near the entrance frequently over the past few weeks. I was on the way home from the seemingly daily trip to Lowes and snapped this not so great photo. Ken Bowdon was behind me and we both pulled over to snap photos.  I had to hurriedly delete old photos to make room on my iPhone! I pulled into the road that leads to the dumpsters and managed to get pretty close. Very cute.

Next the black bear – this guy (I think its a large male) has made many appearances around the East Reach area. He may even be the same one (who we named Yogi) that along with his buddy BooBoo, decimated our service berry bushes earlier this summer. He was lumbering along East Reach not too far from Preserve when we were on the way to pot luck Tuesday. He scurried up the hill until we drove past and then headed back down to continue his journey. Guess the bears find the roads useful for getting around just like us humans! Not much of a shot from the iPhone – I may start carrying a real camera with a telephoto lens at Balsam. 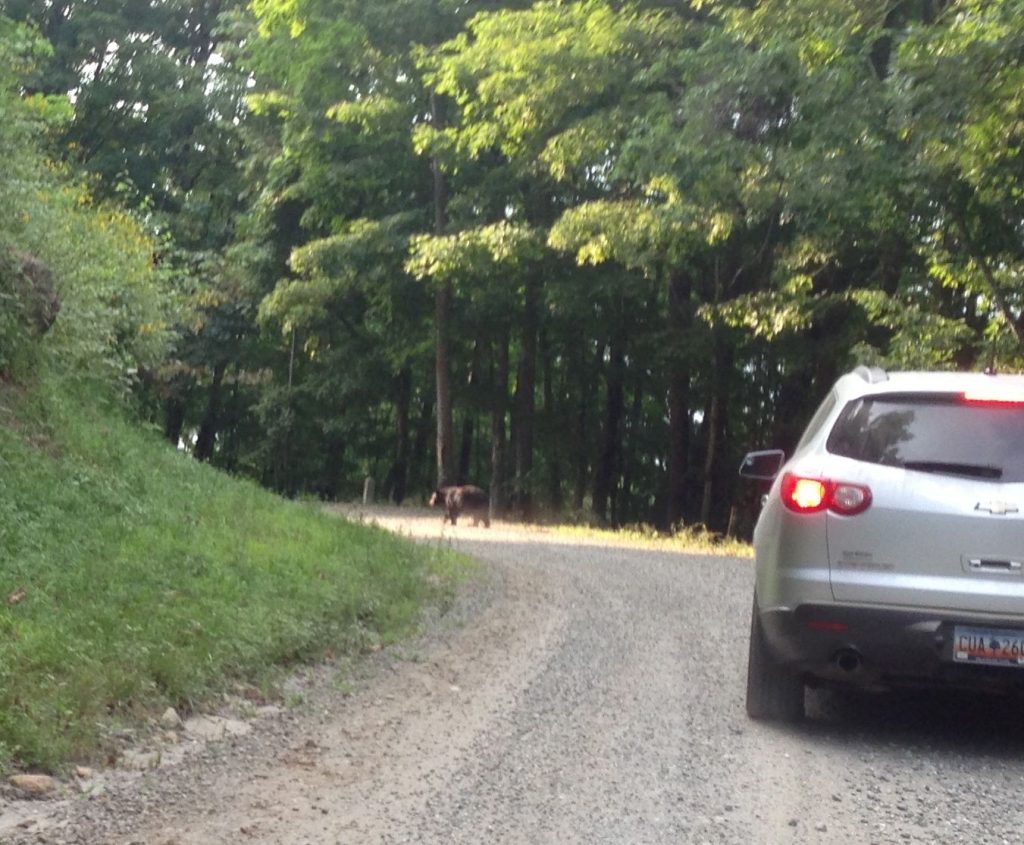 Last and definitely least was a baby Ringneck Snake (Diadophis Punctatus) I found trying to cross the garage. He was only about 8 inches long so still has a tough life ahead to survive getting eaten or stepped on. I returned him to Janie’s garden where hopefully he can snack on some of the grasshoppers that are eating her plants. 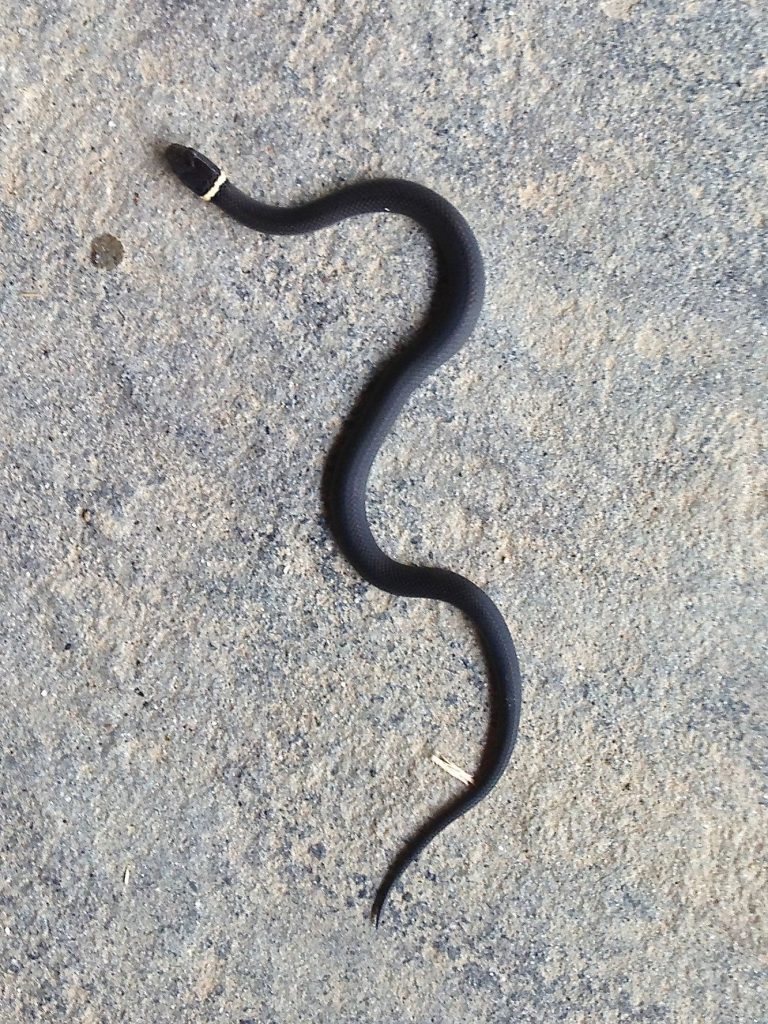 There was another ‘snake event’ yesterday – Linda James saw a large rattle snake on East Reach near Lumberjack and called me and said to bring a large box. By the time I got there, Michael Skinner  small box provided by Kirk Bowdon managed to snare the snake and take it to the Nature Center. Hopefully he will post photos.