Wow! – what a difference a day makes in weather at BMP. We went from highs in the low 80’s yesterday to a low of 54 degrees at Dogstar Observatory this morning. The wind picked up about 8 PM last night along with an advancing cold front that swept through W. North Carolina and helped push hurricane Arthur out to sea.

With the drier air this weekend it will be a good time to go out and look up at night. The summer milky way was a thin ribbon of stars this morning about 3AM and will only get better through the rest of July and August as the Earth’s motion around the Sun brings the summer constellations and the thicker arms of our home galaxy overhead.

In addition to the stars and planets, don’t forget to try and see some of the man-made objects that light up the night sky every night. I am sure most of you have seen the International Space Station (ISS) pass overhead – it can be as bright as Venus and moves rapidly across the sky in about 3 minutes max. You can check Heavens-Above.com for dates and times. Unfortunately for the remainder of the month all the good ISS passes will occur in the wee hours of the morning. The satellites that make up the Iridium telephone network can be even brighter than the ISS. They make an even briefer appearance when their solar panels align with the Sun to produce very bright flashes called Iridium flares. I have posted the visible events for BMP taken from the Heavens-Above website below. Tuesday night with a mostly overcast sky a flare looked like someone was shining a flashlight from a passing plane. Since they only last a few seconds, timing is everything so set your phone to alert you 5 minutes prior and look roughy in the direction and altitude from the chart with your clock app counting down the time for the flare to occur. You will be shocked when you see how bright they can be.

In the planet department we still have good views of Saturn, Mars and Jupiter in the evening and Venus and Mercury low in the east just before dawn. Saturn in particular is well positioned high in the south for viewing with a small telescope or binoculars. Its rings are tilted for the best viewing in several years. You will find Mars just about 20 degrees away from Saturn and looking like a pale salmon dot. Later in the month it comes within 12 degrees of Saturn and even closer in August. Jupiter will be very low in the west at dusk and disappears completely by the 7th as it passes behind the Sun.

There should be good meteor viewing late in the month during the Souther Delta Aqauariids shower which are visible from July 12th through August 23red with a very broad peak in the early morning hours of July 30th.

The moon was new on June 27th and new again on July 26th so the first and last two weeks of July will have the darkest skies for viewing planets and other objects.

Thats it for this month. I appreciate comments from folks who have missed my postings the past couple of months and I will endeavor to post more often during the summer.

Remember to turn off you outside lights at night and go our and enjoy the skies of Balsam Mountain Preserve. 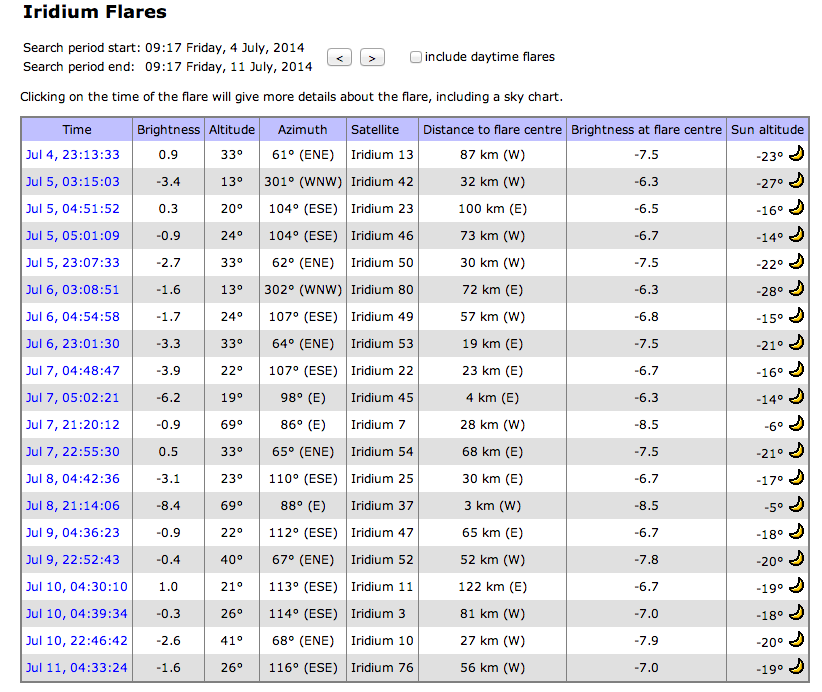