You may have heard about the launch of 60 test satellites by SpaceX on their Falcon 9 last week. They eventually plan to have several thousand low earth orbit satellites providing Internet access to underserved parts of the world. For the next few days you can see them pass over in the early evening. The photo above was taken by amateur satellite tracker Marco Langbroek as they passed over the Netherlands the night after launch.

Lucky visitors who won a night at Dogstar at the last Trust party also got to see them last night. About 10:10 PM we saw the dim silent train of satellites as they passed over about 250 miles above the earth. They were barely visible to the naked eye and spectacular through binoculars. Passes for Balsam for the next 10 days are shown below. You can go to https://www.n2yo.com/ and get predictions for other locations. 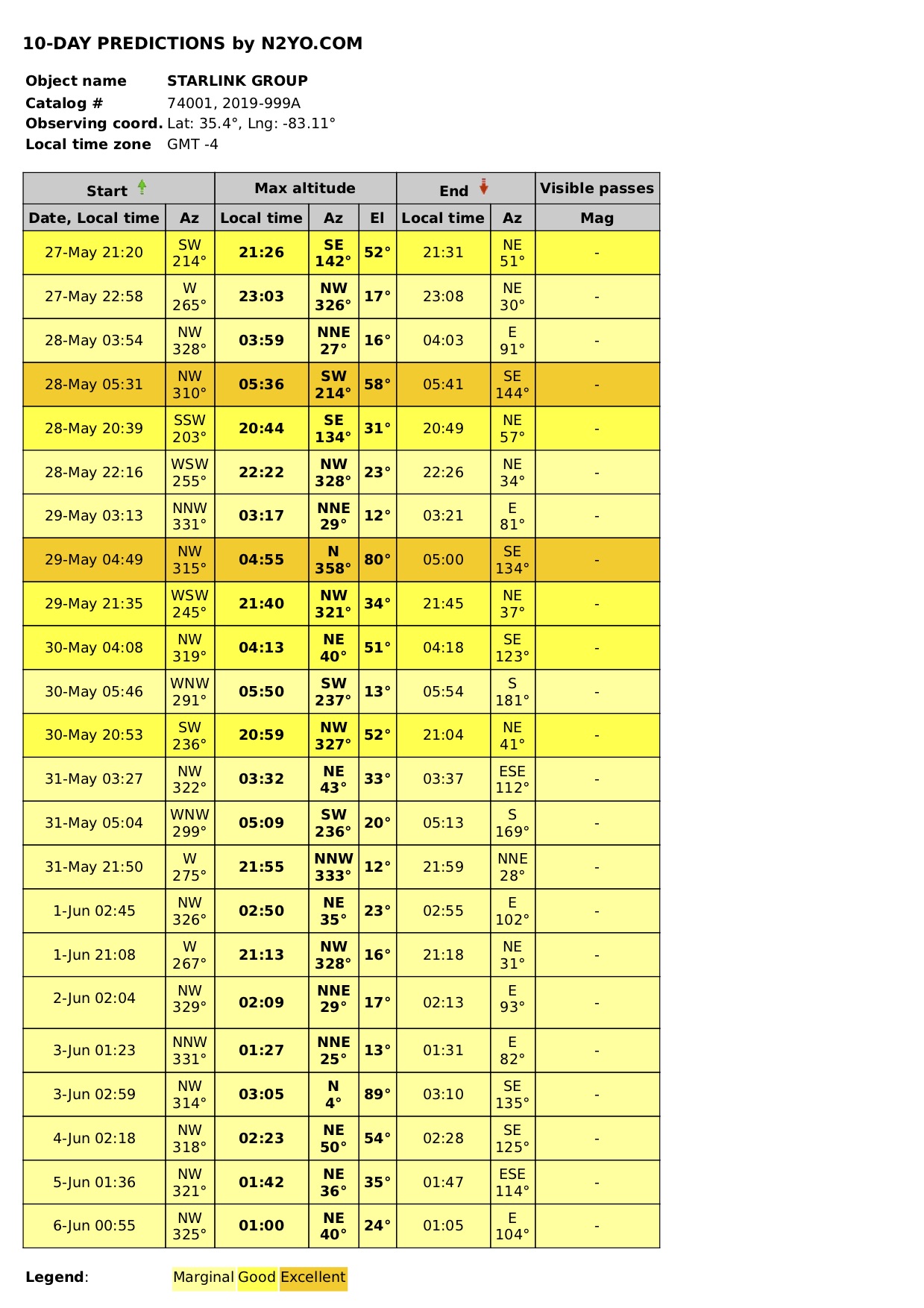