Other than lots of snow, not much happened in March sky-wise. We did have a chance to visit Balsam neighbors and winter Naples residents Wayde and Nancy Seidensticker last month. Sure was nice to be in the warm sun after the cold of February and March. In addition to great companionship, fine wine and fine dining, we also toured the amazing Naples Botanical Gardens. 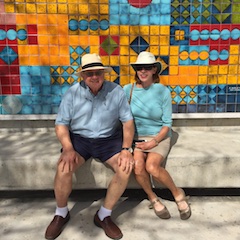 There is a partial solar eclipse on the 4th but it will only be visible from the Western US.

On the evenings of the 10th-12th Venus will be only about 3 degrees from the wonderful Pleiades.

On the 19th at dusk, look for Mercury and a vary faint Mars near the crescent Moon after sunset. Binoculars will help. By the end of the month, Mercury will be very visible and bright and close to the Pleiades in the twilight.

Further from Earth, be sure to follow the NASA DAWN spacecraft as it begins to photograph the minor planet Ceres. As it approached in February it saw unusually bright spots on the floor of an otherwise grey crater. Could it be ice that was covered by dust and then exposed following an asteroid impact? Could it be a sign from ET? Stay tuned! 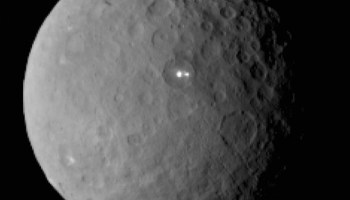